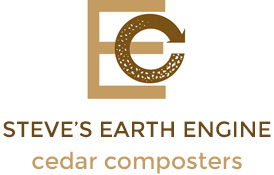 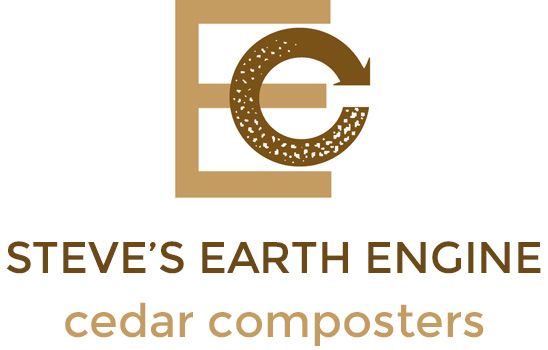 Steve Watson is an artist, retired elementary art teacher and environmentalist based in Minneapolis, MN. In 1991, he built his first double-bin cedar composter for the family’s backyard. The goal was to cut down on waste hauled away by the garbage truck, and create nutrient-dense compost to use in the garden. His wife Karen Watson, an avid gardener, added humus from the bin to her garden, and the vegetables, herbs and perennials thrived.

In 1992, Steve partnered with the Minneapolis Solid Waste & Recycling Program to create a summer youth jobs program. Teens built composters, and the city sold them to Twin Cities gardeners. This successful program created jobs for dozens of young people, and generated compost bins for hundreds of Minneapolis residents. A few years later, Steve partnered with Project for Pride in Living (PPL), a local nonprofit that offers work opportunities to low-income individuals. The PPL team built composters to sell to local gardeners.

In the late 1990s, Steve and Karen officially established Steve’s Earth Engine, a private company, and began selling bins directly to gardeners and environmentalists. Steve’s patented collapsible design made it easy and affordable to ship the bins nationwide. Since then, Steve has sold and shipped thousands of bins to nearly all 50 states–even Alaska.

Over the years, Steve has fine-tuned the original design to make the bins even more effective. And he continues to innovate, to offer you the very best home composting system.
Learn about the design features

Whether you want to cut down on your trash output, give your garden a boost, or do both, a Steve’s Earth Engine cedar composter is a great addition to your backyard.

Learn how to start using your cedar composter, what’s okay to throw in the bin, what shouldn’t go in your composter, and more.

composting tips
“I’ve purchased two double-bin cedar composters from Steve’s Earth Engine over the past few years. They are durable, and the cedar weathers to a beautiful natural finish that blends in well with a garden. And most important, they work! I get loads of rich compost from them.”
Byron B, Whitmore, CA

Have questions about composting or using your Steve’s Earth Engine compost bin? We’re here to help. If you want to buy a compost bin, please visit our shop.